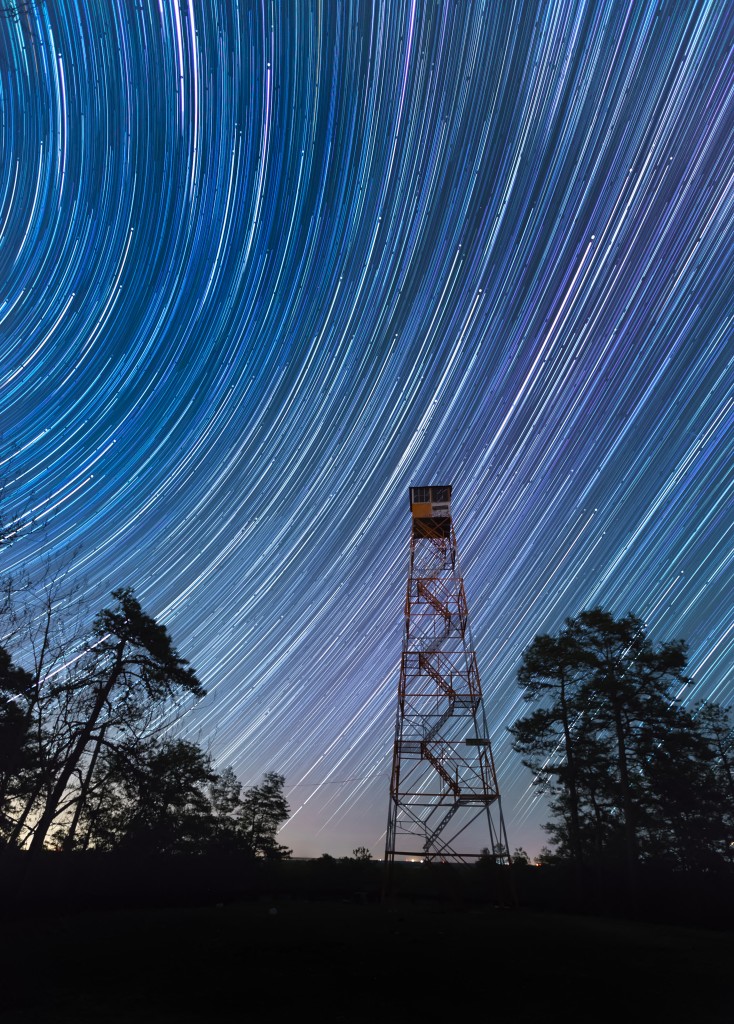 The night sky has always been something that captivates me.  Gazing into the abyss, thinking that it goes on and on, most likely past distances that I can even comprehend is certainly one of the factors.  Capturing this is something I plan on doing as much as I can.  What I am hoping I can do now is get as much practice in shooting night skies locally, so that when I do travel to new locations I’ll have experiences in this style and get it right the first time.  Night sky shooting is incredibly challenging.  The weather has to be perfectly clear, and preferably no moon.  It’s difficult to compose a shot when you can’t really see what you’re shooting.  Getting to a location you’ve never been to leaves you questioning yourself.  Am I heading in the right direction?  And what on Earth was that noise?

The photo above was something a bit new for me.  I had lowered the exposure to 15 seconds, to help compensate for light pollution.  It was in one of the darkest sections of New Jersey called the Pine Barrens, but there is still light from far away cities to contend with.  Taking photos at 15 second intervals for around an hour and a half resulted in 343 shots.  In order to edit these photos I use Adobe Lightroom and Photoshop.  Upon opening them all up in Photoshop, the file size grew to just over 18 GIGS! Yikes.  To give you an idea, most of my final shots are around 10 megs.  This file was so large my poor hard drive wouldn’t stop thrashing for hours and if I would click to zoom in, it would take an agonizing 3-4 minutes to actually zoom in.  I really thought I was killing my hard drive on this one.

Part of the reason I had to edit many of the photos is because the lovely airplanes.  The bane of night photography.  There were around two dozen airplane trails going through my shots as seen below. 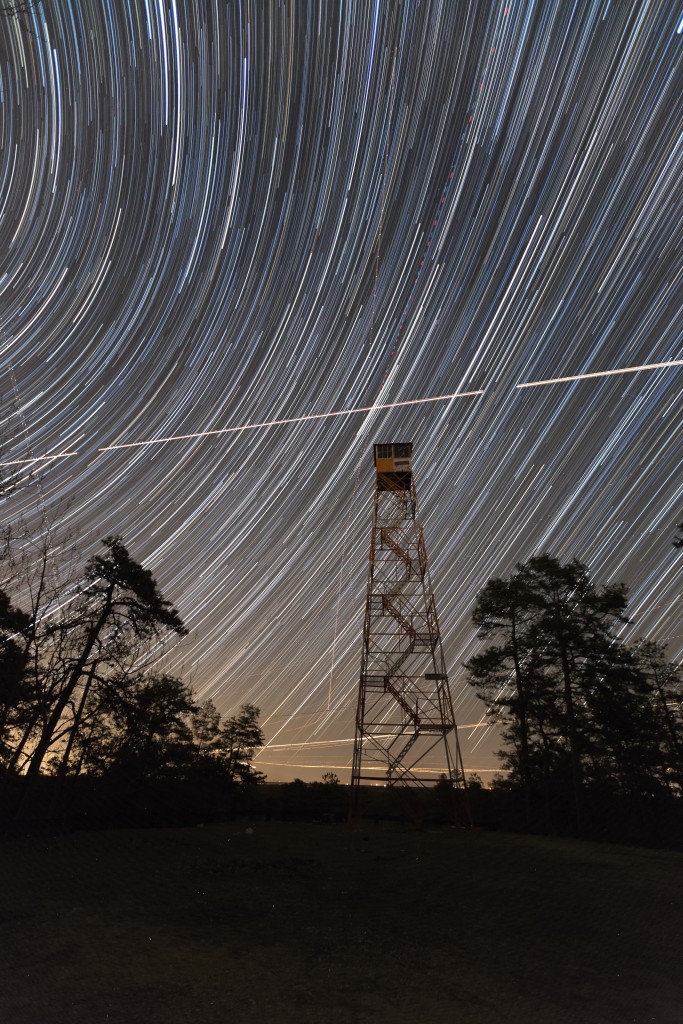 Not fun editing all those shots.  But I really wanted to take my time and get most of them out.  Again, it’s great practice in learning what works and what doesn’t. Here are a few more shots.  This one below I was trying to see how it would look with shorter trails and more stars. 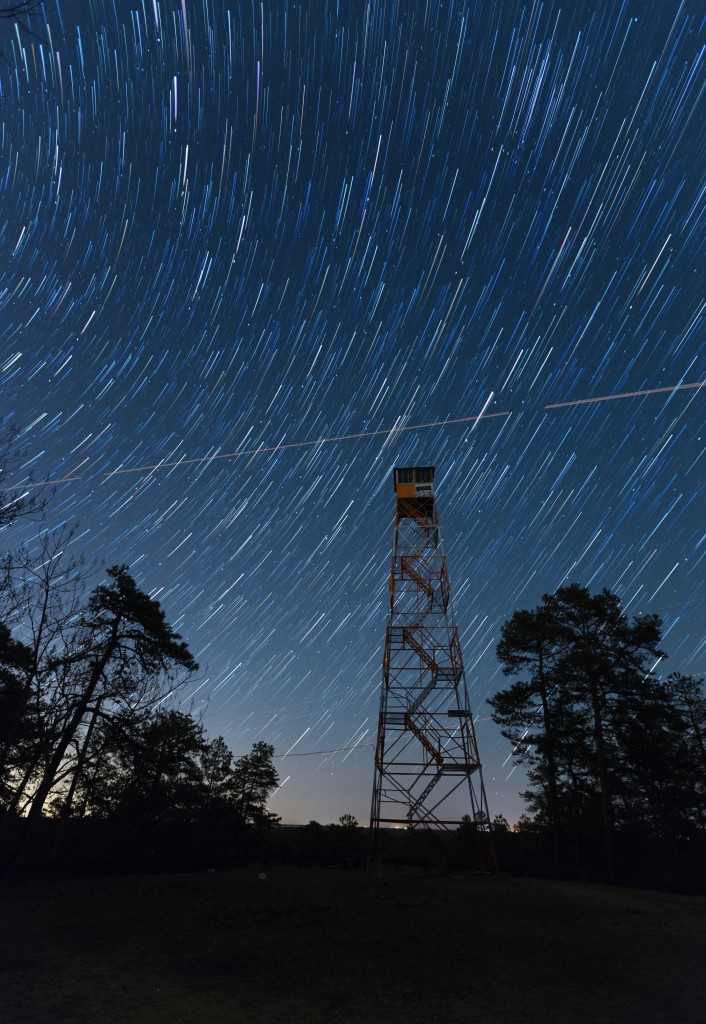 And finally, this is what one single shot looks like.  This was the first shot used in the series. 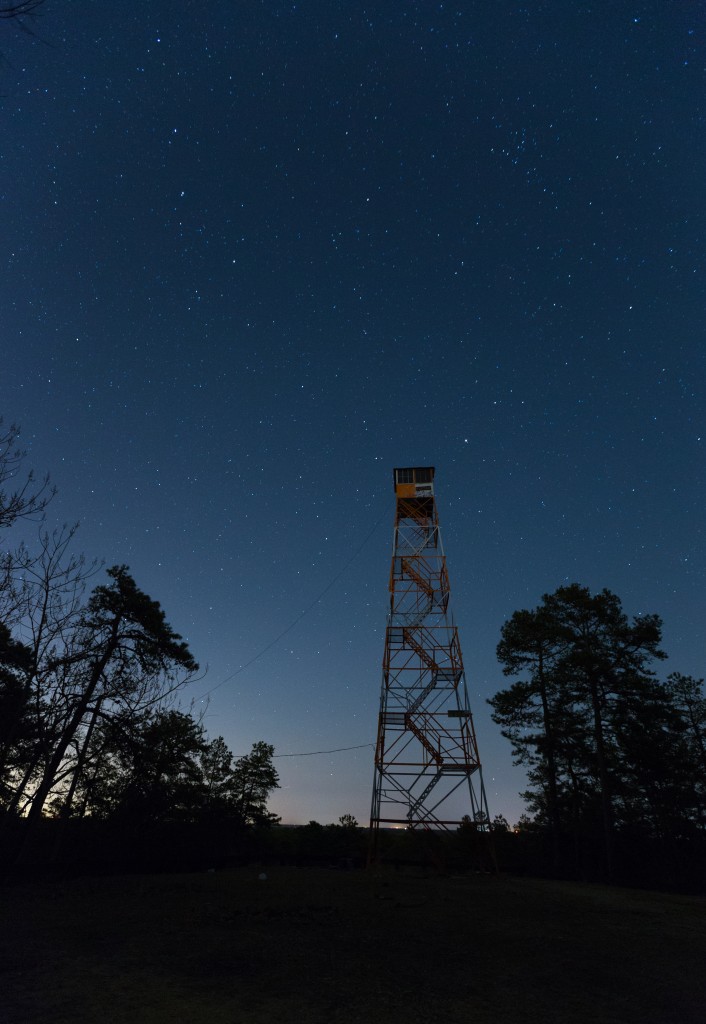 One last note, I love seeing that people are viewing and enjoying my work.  I posted this on my Flickr photo sharing page, and it went into their ‘front page’ called Explore.  So within 48 hours, it was seen a lot!